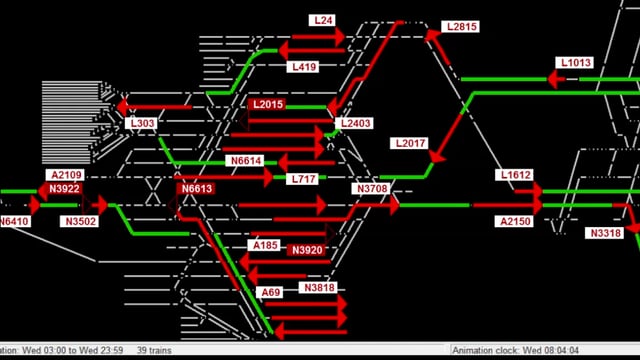 By Barbara Goldberg and Hilary Russ

NEW YORK (Reuters) – Faced with this summer’s partial shutdown of New York’s Pennsylvania Station due to track repairs, some employers in the largest U.S. city are scrambling to come up with “Plan B” offerings to allow their suburb-dwelling staff to avoid the largely shuttered transit hub.

Inquiries have spiked for temporary office spaces that do not require travel through the busiest train station in the U.S., where weeks-long outages in July and August are expected to trigger a travel nightmare for employees living in New Jersey and Long Island suburbs, according to businesses and real estate specialists.

In the nation’s leading center of banking, finance, and communication, major employers are offering to let workers clock in from home or report to branch offices.

It is an effort to spare some 600,000 daily commuters from what New York Governor Andrew Cuomo predicted could be a “summer of agony,” based on recent delays and cancellations triggered by a pair of derailments at the station infamous for its deteriorating tracks.

“People are trying to avoid the harrowing commute to get into that part of town,” said Marcus Moufarrige, chief operating officer at Servcorp Ltd

Calls in search of temporary office space in lower Manhattan in July and August have risen 4 percent from last year, Moufarrige said.

“Some have mentioned the situation at Penn Station,” he said.

“It obviously increases productivity so people aren’t stuck on trains for an hour or two,” O’Brien said. “It also reduces the amount of meetings that have to be canceled because important stakeholders are stuck on trains.”

“We’re going to all have to find ways to adjust, almost like we did post-Sandy,” said Rechler, referring to 2012 Superstorm Sandy, which left millions of train riders without service, on some routes for weeks.

The looming transit nightmare even has pushed some to quit their Manhattan jobs to avoid Penn Station and work closer to their suburban homes.

“It’s just become a point of stress,” said Jessica Pansini, 31, a healthcare public relations supervisor who lives in Montclair, New Jersey, and whose scheduled 45-minute commute through Penn has slowed to 2.5 hours.

She was offered a lateral job in New Jersey and said news that summer track repairs was “80 percent” of the reason she accepted, ditching her dream job in Manhattan.

Amtrak owns the station’s tracks and was responsible for two recent derailments that prompted it to speed up long-planned repairs.

The three railroads together are devising a scheme for which tracks to take offline for repairs, and where to reroute other trains. Summer outages are expected from July 7 through July 25 and Aug. 4 through Aug. 28.

The overall changes may also have a longer term effect, observers said.

“If people believe it’s going to be a chronic problem, then there’s probably going to be more meaningful structural changes relative to where people want to live and property values,” said Rechler.

“More of the working people have less flexibility,” he said. “They’ll feel more of the brunt than the professionals.”

“Prolonged issues with the trains could lead people to look in other markets,” Freeman said.

The post New York firms offer ‘Plan B’ to staff ahead of summer transit woes appeared first on One America News Network.